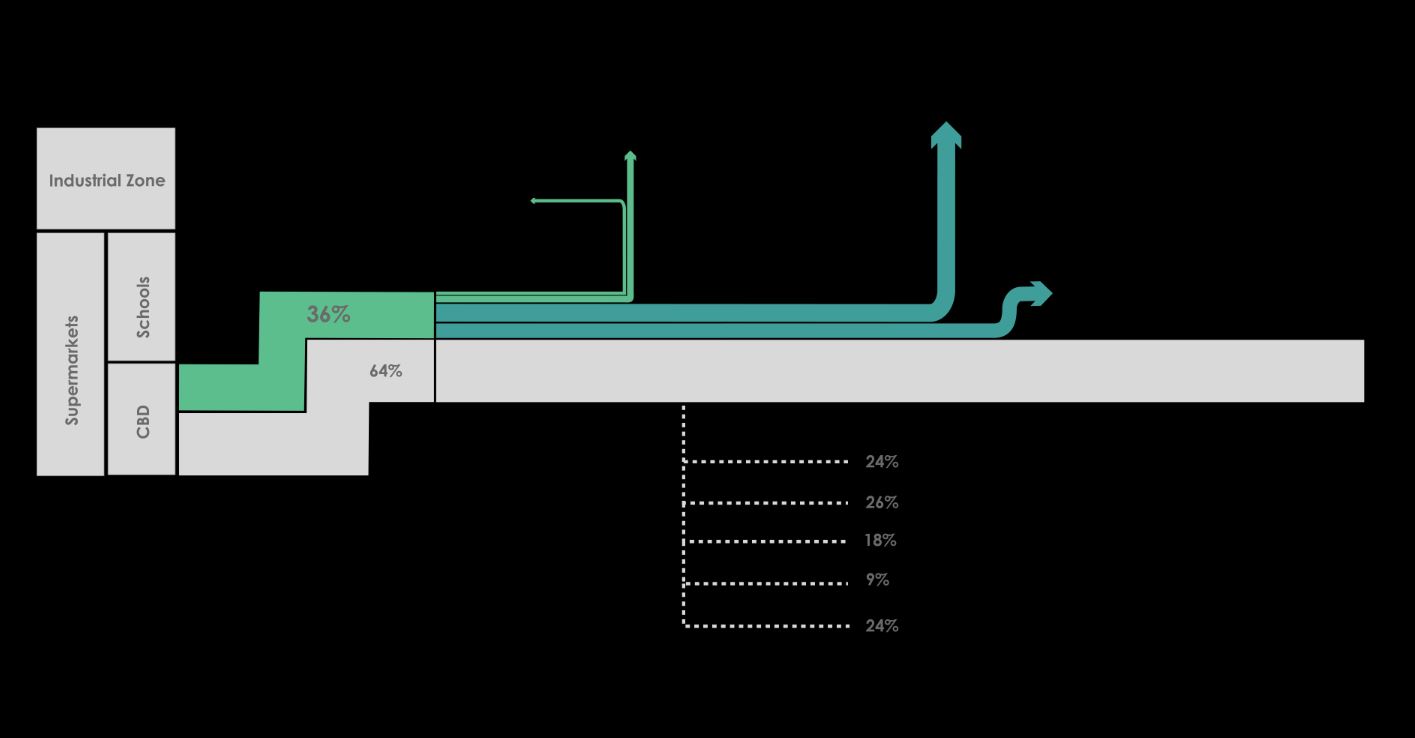 Following on from a recent, challenging attempt to convert businesses from using landfill services to recycling. Here are the target companies.

At the end of the project we had converted 36% of the target list. Illustrated below. We have moved some (the lighter green) into an invoiced customized recycling service. While others have been able to join the existing service (in blue).

This is a small cut out of the final infographic report. 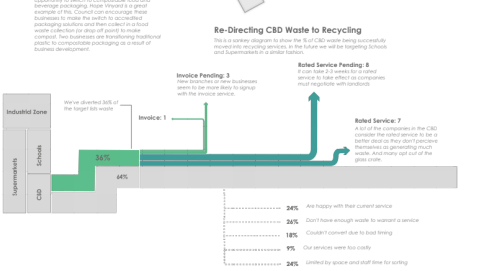 While 36% may not seem too significant its represents 750kg of waste no longer going to landfill. In terms of some social good that’s a win. On a yearly basis that’s a small commercial passenger plane not going to landfill. And that’s just the first phase of this project in the CBD. Next steps are supermarkets, schools, and the industrial zones of the city. 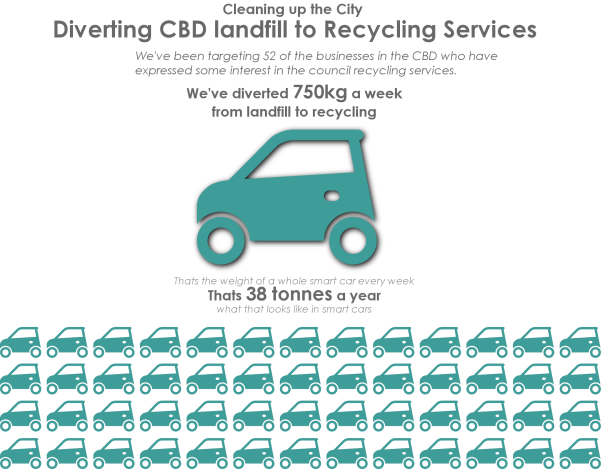 One Reply to “Redirecting from Landfill to Recycling Services”